On Saturday, the club was inducted into the International Marathon Swimmers Hall of Fame in Naples with Deirdre Ward and Alan Luckhurst, our club’s Captain and Vice Captain, receiving the award on the clubs behalf and Mike Barron accompanying Deirdre as the photographer and for the pizza!!

The weekend started off in true Serpentine fashion with a short swim nice and early on the Saturday morning on the invite of Ned Denison and King of the Prison Swim Jacques Tuset. The swim started in the harbour and was out to the edge of the bay facing side of Castel dell’Ovo and then back to the shore to complete this Prison swim, with the fort being a prison on the island between 1191 to 1381. The swim was enjoyed by all who took part and there were several bemused onlookers with obligatory pre-swim group photos.

In the evening, we then trekked down to the Circolo Canoterri Napoli nautical club in our finest drab rags for the evening ceremony, which had been moved from the nearby Castel dell’Ovo a couple weeks before due to a collapsed wall!!!

The evening started with a drink with many new friends made from around the world and old friendships rekindled in the background of views around the harbour and Vesuvius in the background. After this was diner where Deirdre, Mike and myself were joined at the table by some IMSHOF royalty and newbies including Dr Jane Katz, Dr Tim Johnson, Nora Toledano Cadena, Padraig Mallon and new inductee Dr Caroline Block, Queen of the North Channel.

After dinner, the inductions and speeches with there being a mix of famous historical figures, multiple Olympic medallist in the 10k swim and coaches and administrators involved heavily in the sport along with our Darling Serpentine as an Honor organisation. After being introduced by Sally Minty Gravett, Deirdre and myself accepted the award on behalf of the club with a short acceptance speech telling of the honour and gratitude the club felt.

The evening was then seen out with several photos taken with different honourees and groups, along with several hats handed out as an appreciation of the clubs gratitude. This was then followed by a night cap at the nearby Transatlantico bar with several members of the ceremony.

The following morning, was the “competitive” swim but with Mike off training for a long run in Wales and myself not realising you could enter without a wetsuit even if the temperature was too low, it was left to Deirdre to represent the club in the 5k event. Deirdre put in a sterling effort winning her age group and collecting a medal after the event, with Mike and myself making sure we received some of the freebies the competitors received from the spare bag.

To top of the weekend, the Serps team finished off with a trip to L’Antica Pizzeria da Michele to finish with phenomenal Pizza, some delightful drinks and top off with some gorgeous gelato.

Separate to the report, this induction into the IMSHOF has been a huge achievement by all members of the club and is an incredible honour for a club who swims in a small duck pond in the middle of London and remember, if you have been inspired by this, there is a huge pool of knowledge at the club to help you achieve any swim. 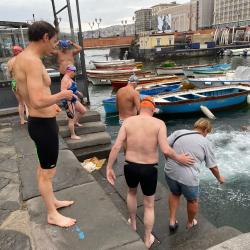 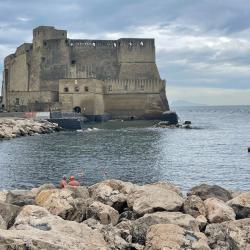 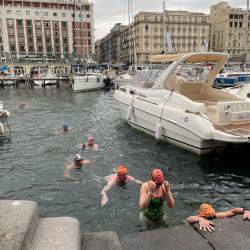 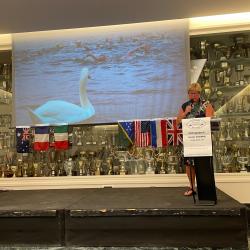 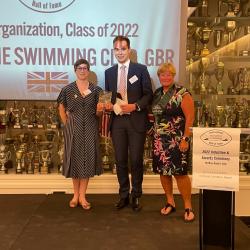 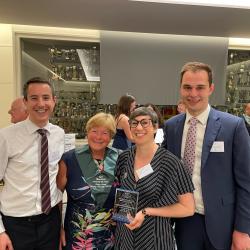 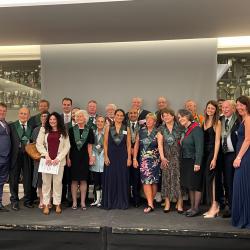 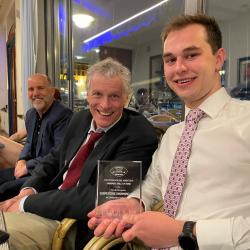 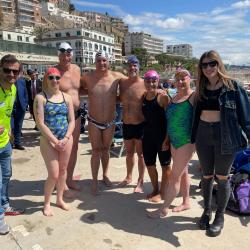 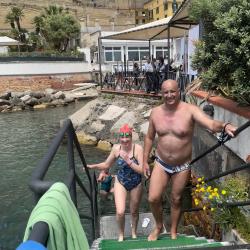 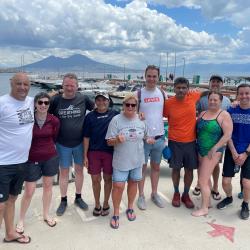 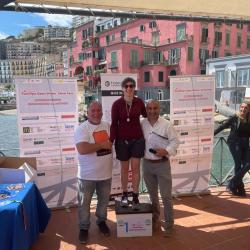 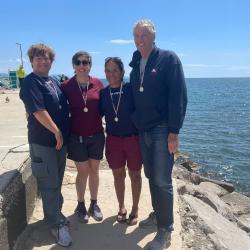 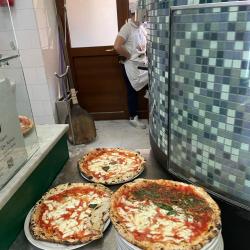 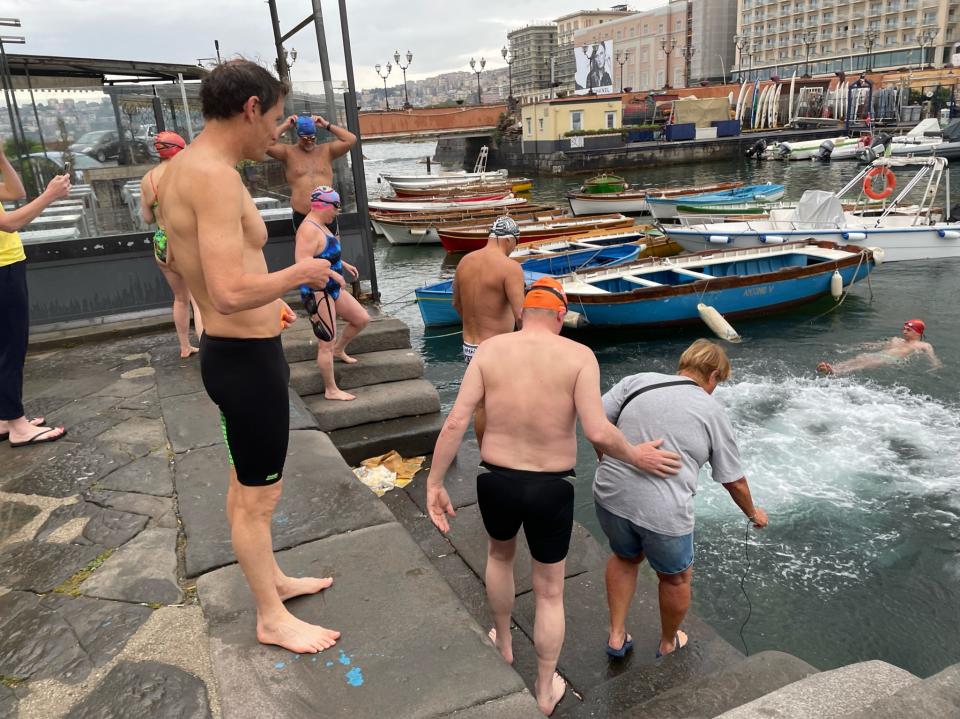 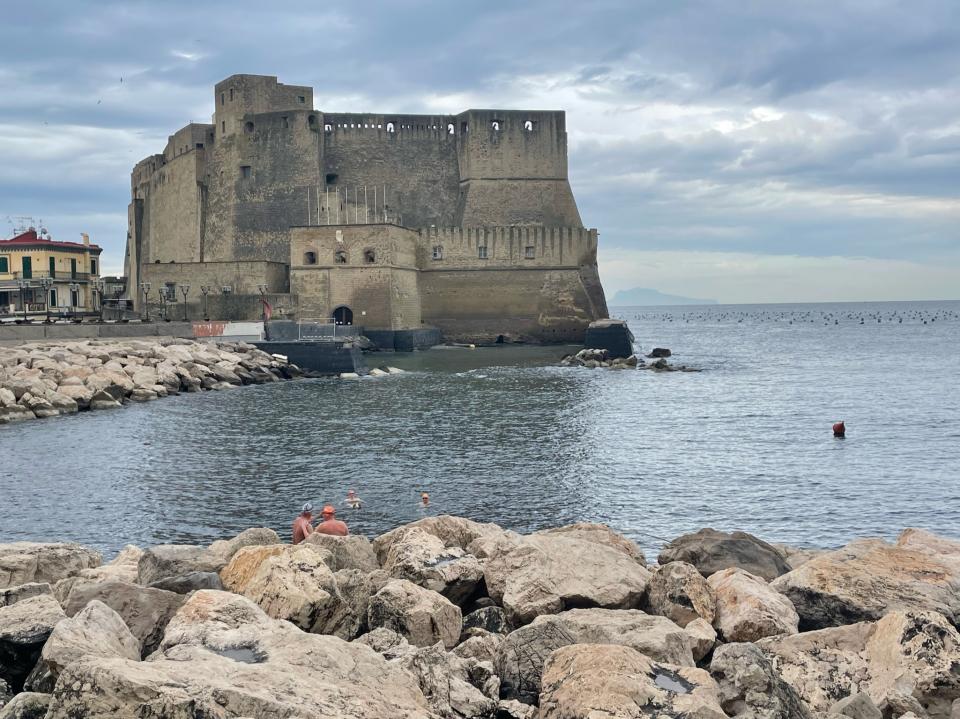 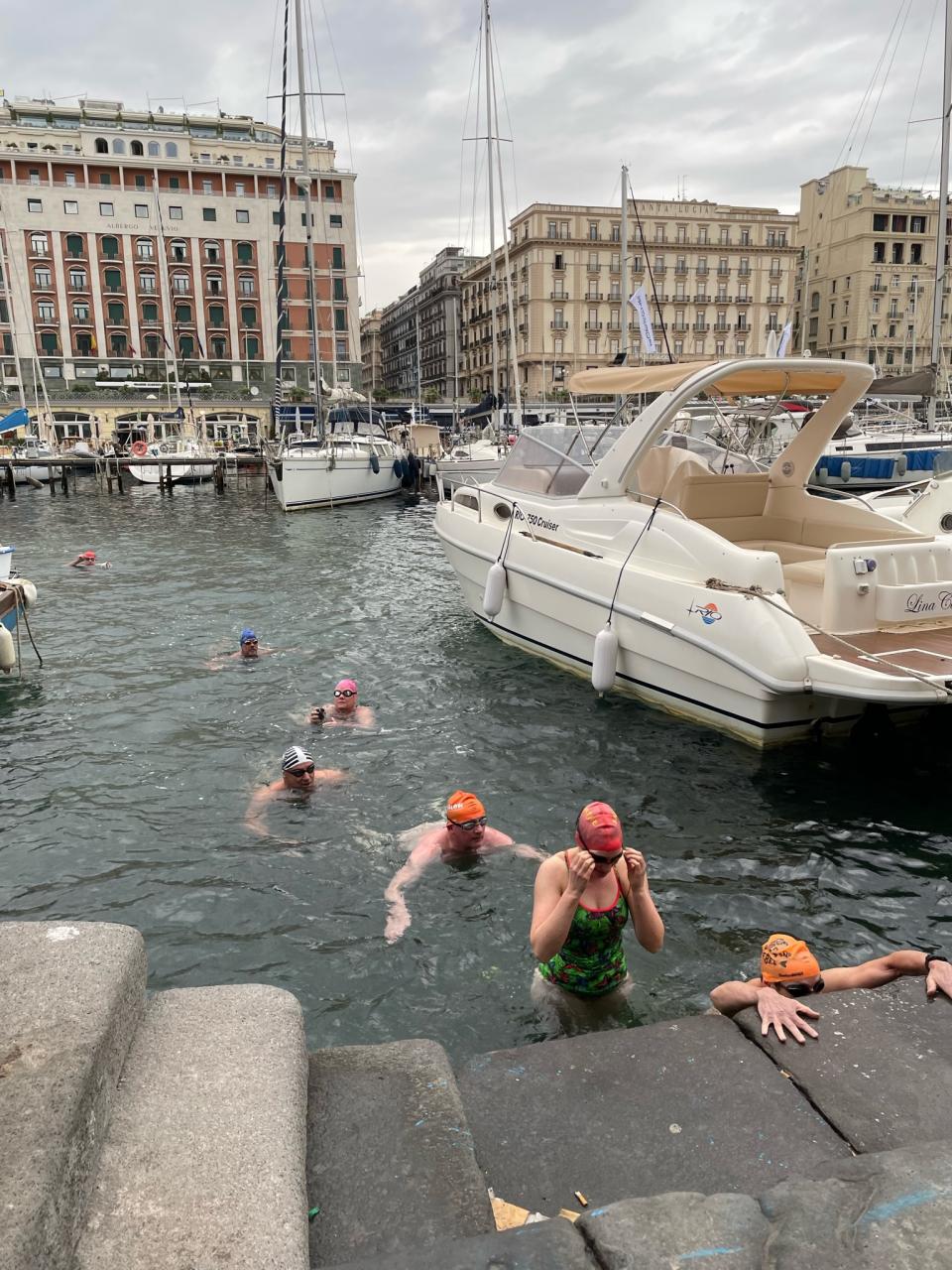 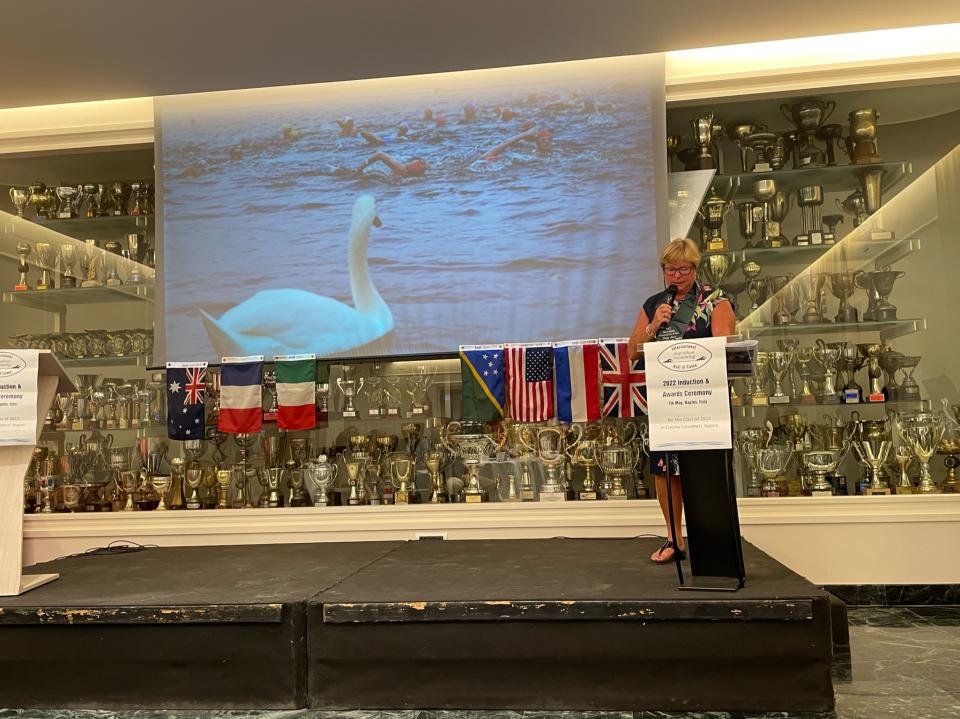 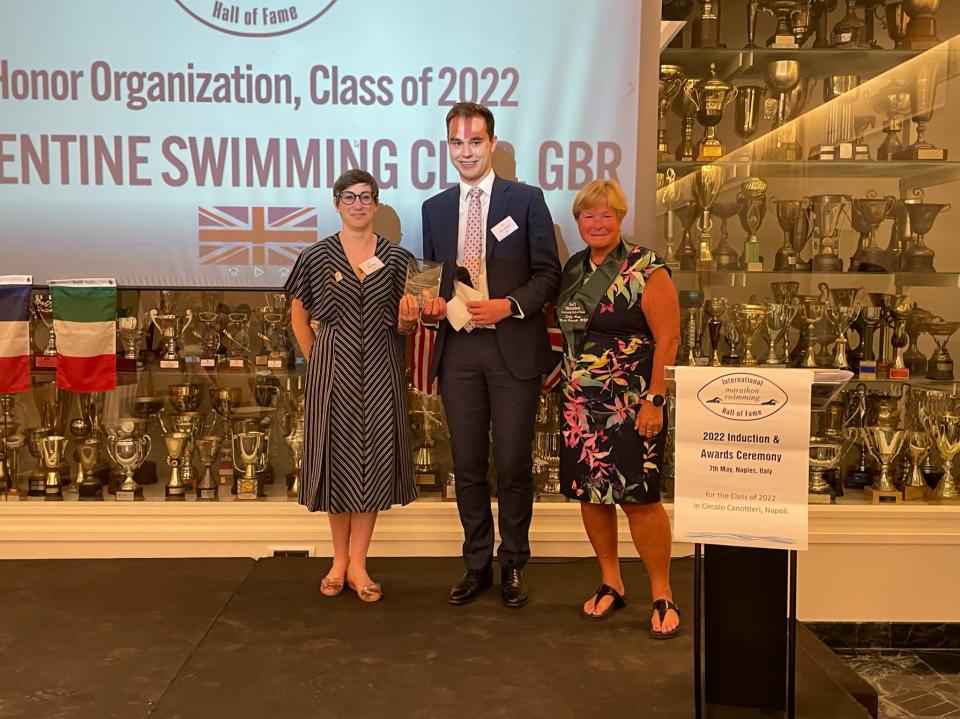 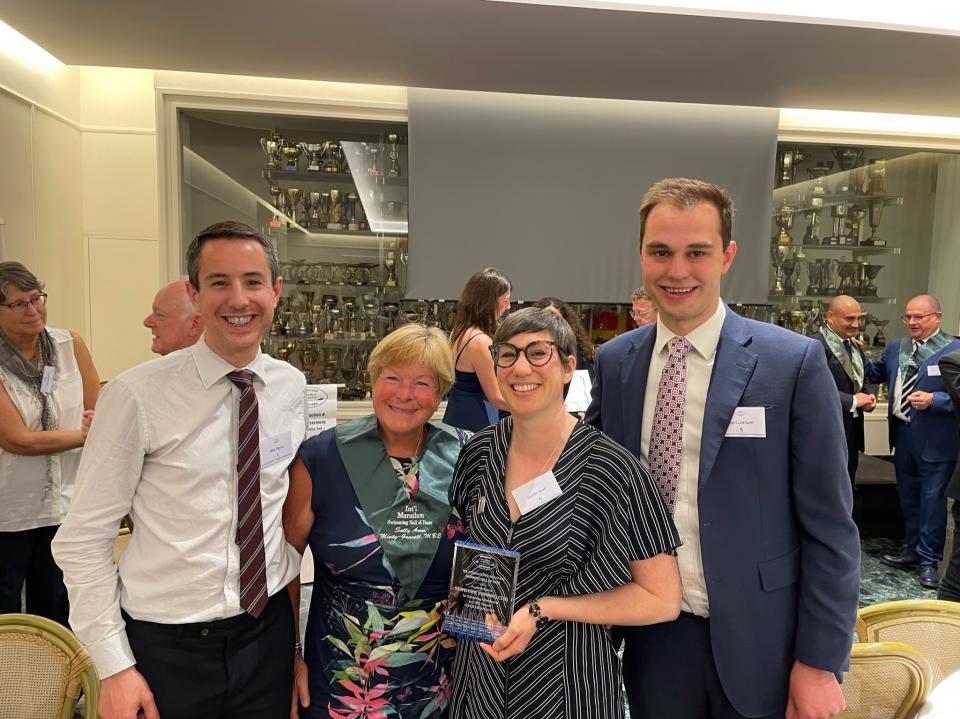 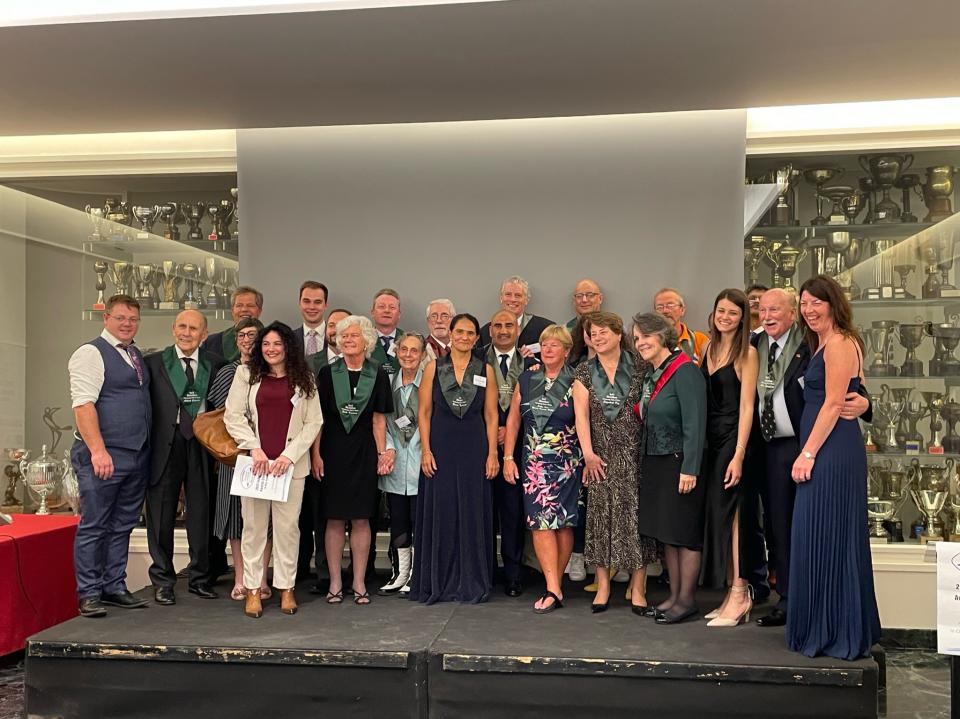 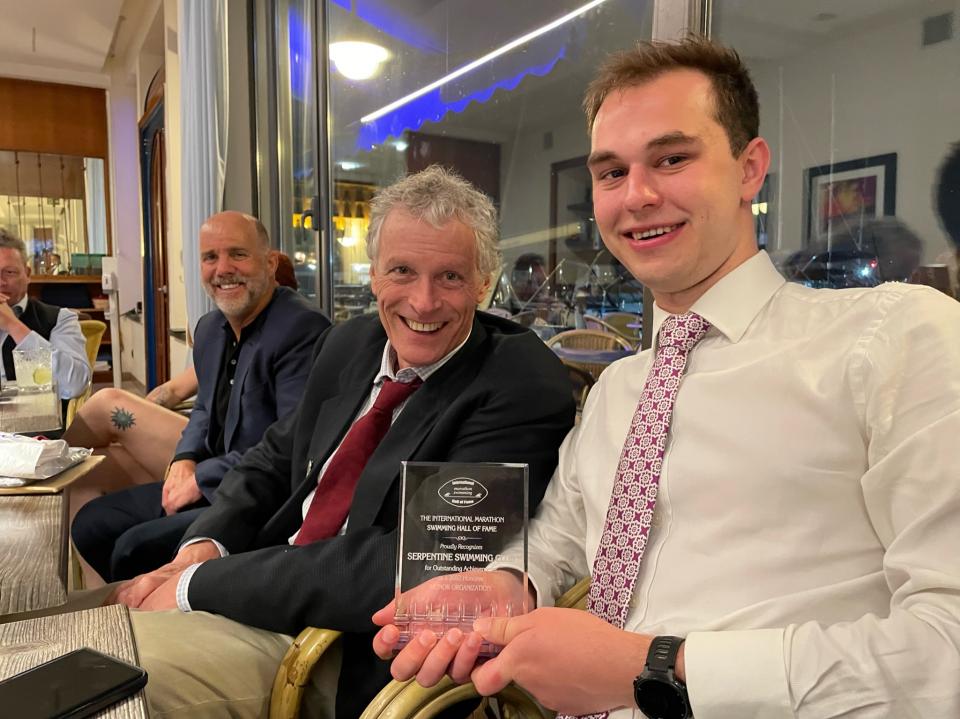 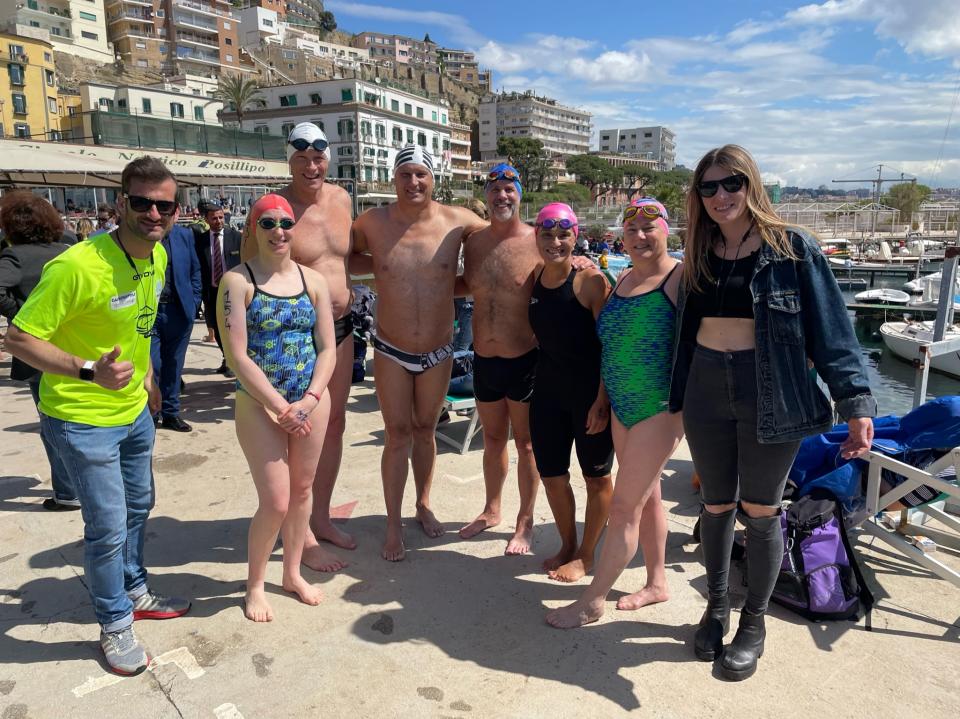 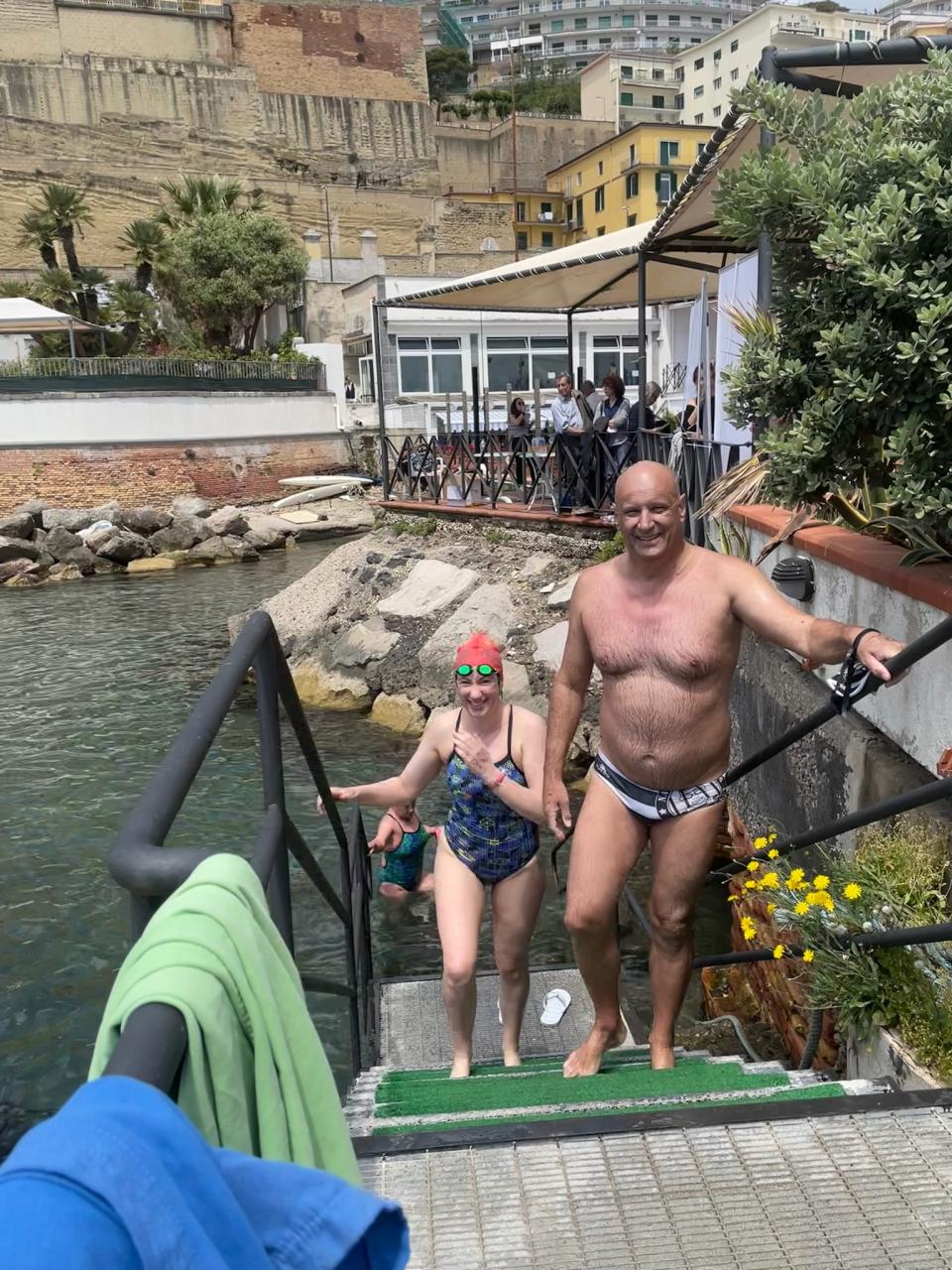 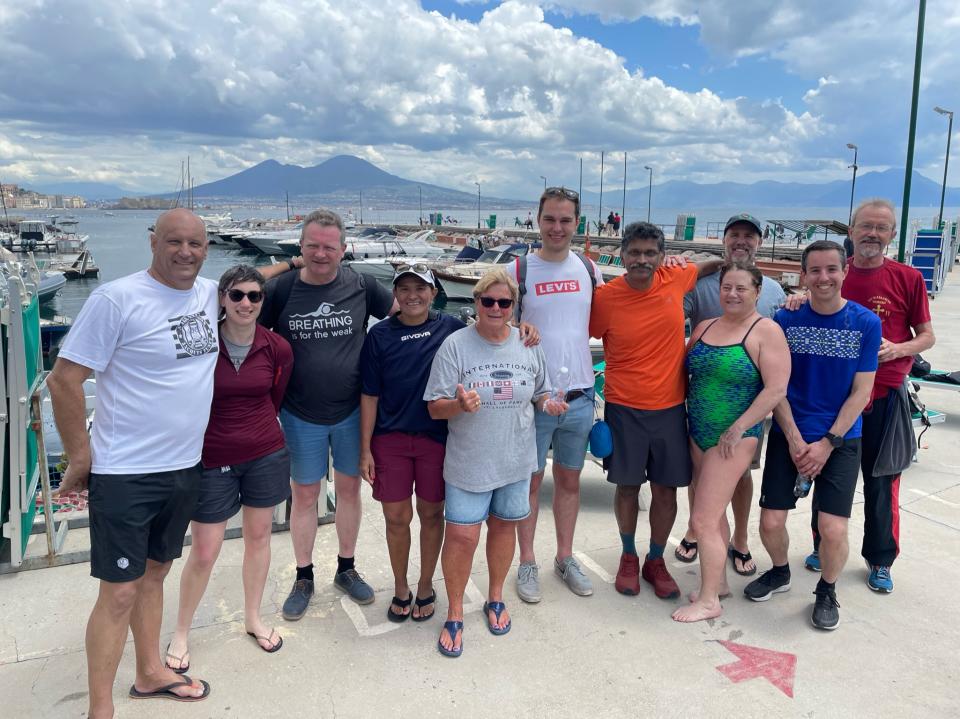 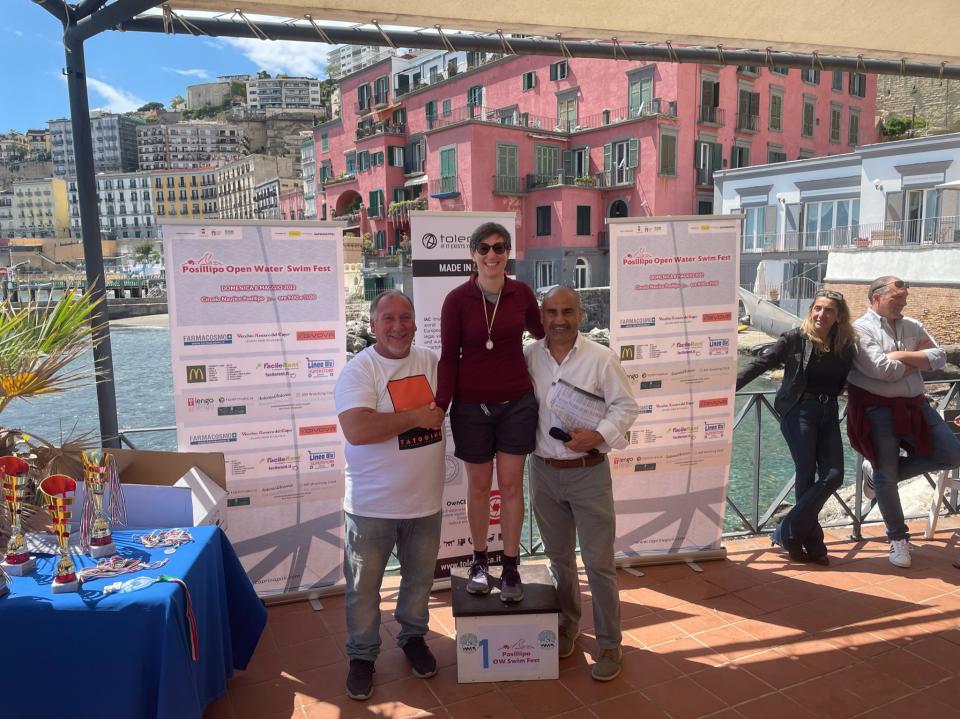 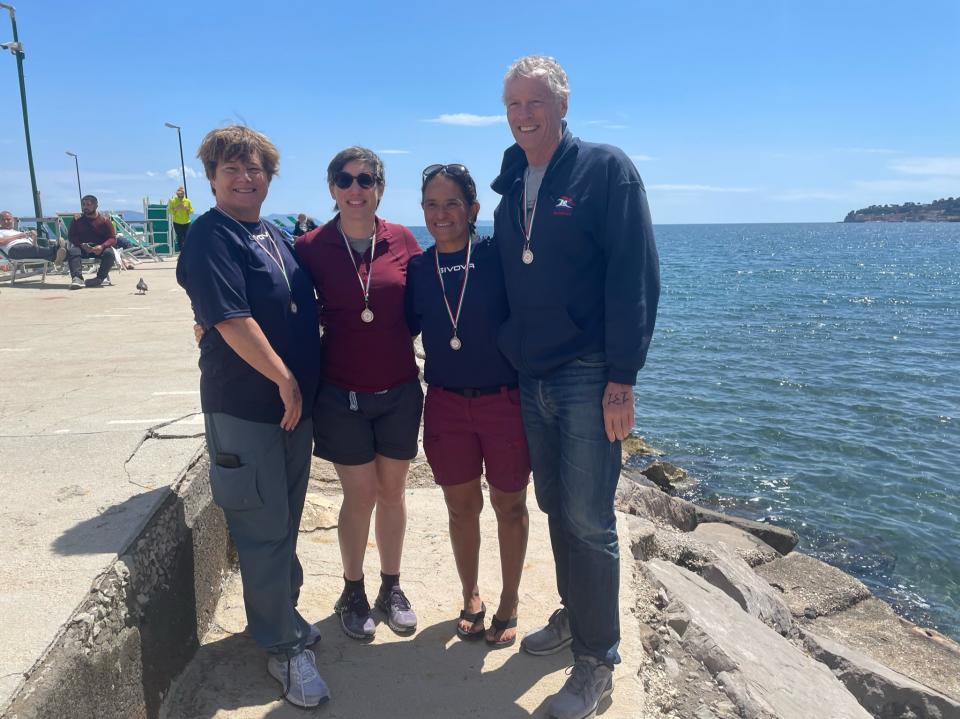 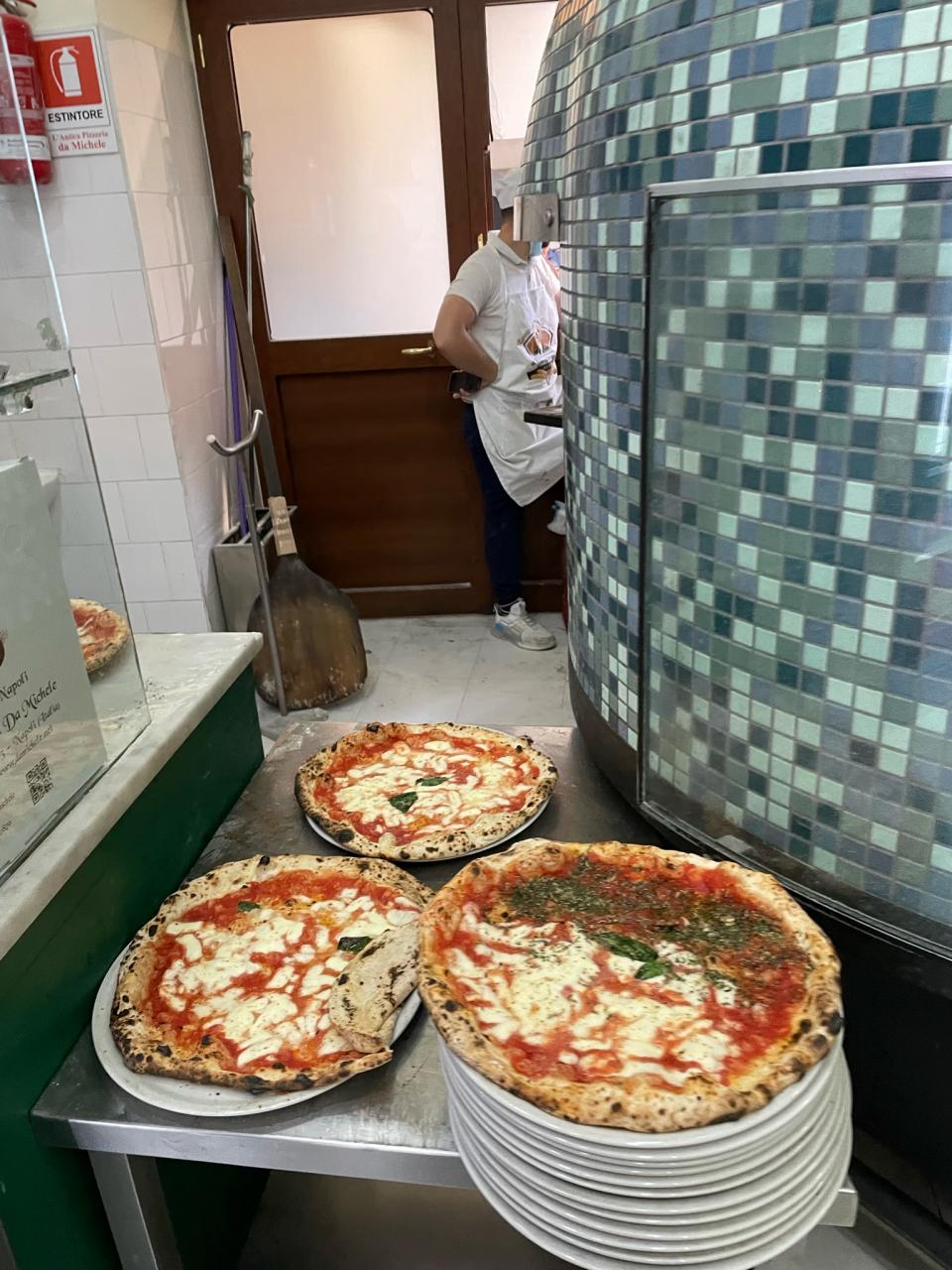