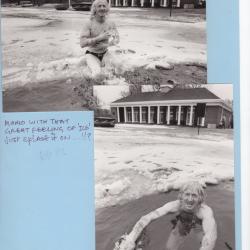 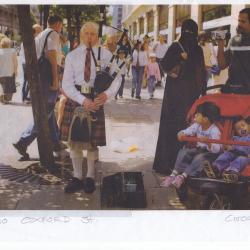 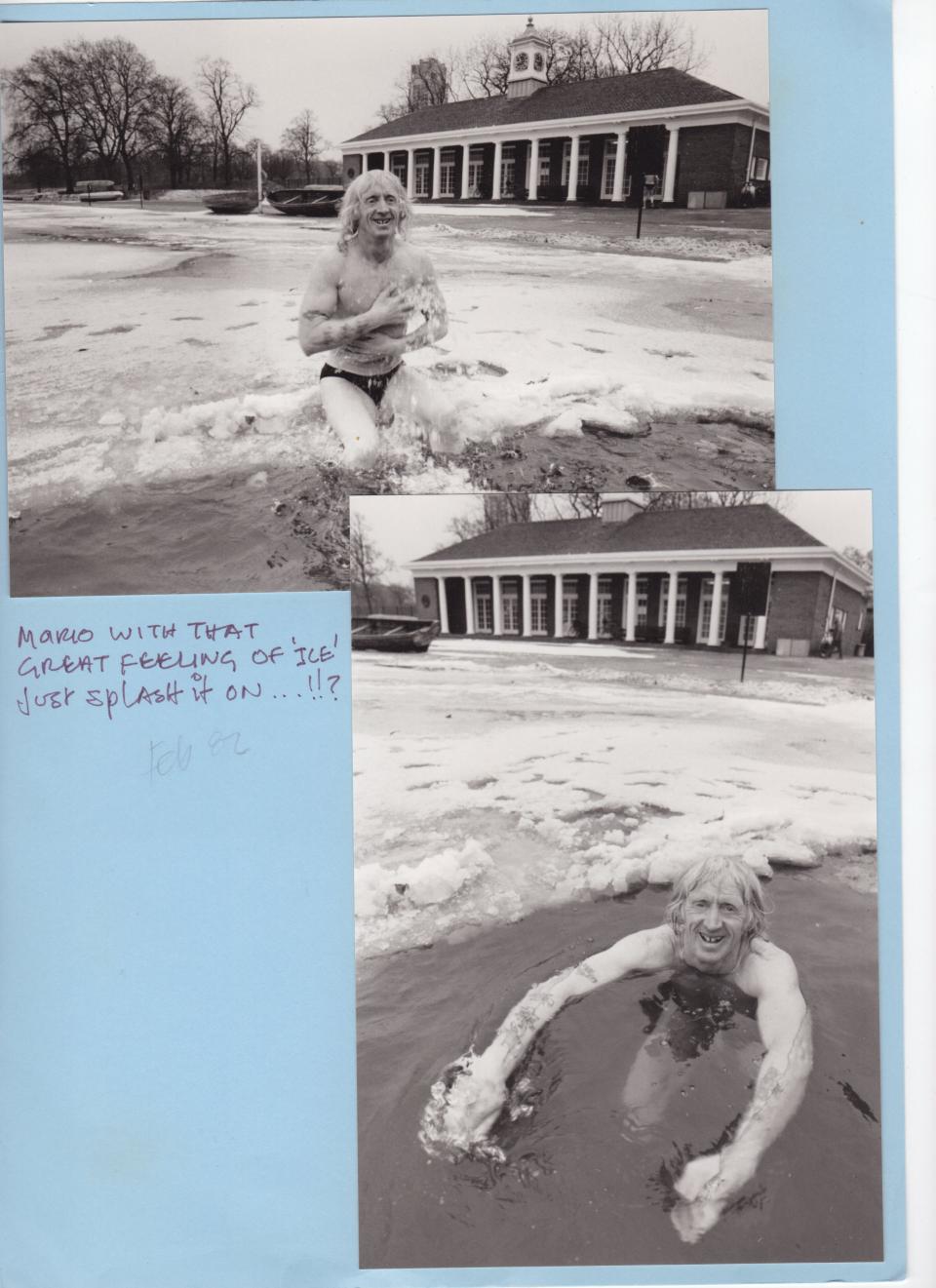 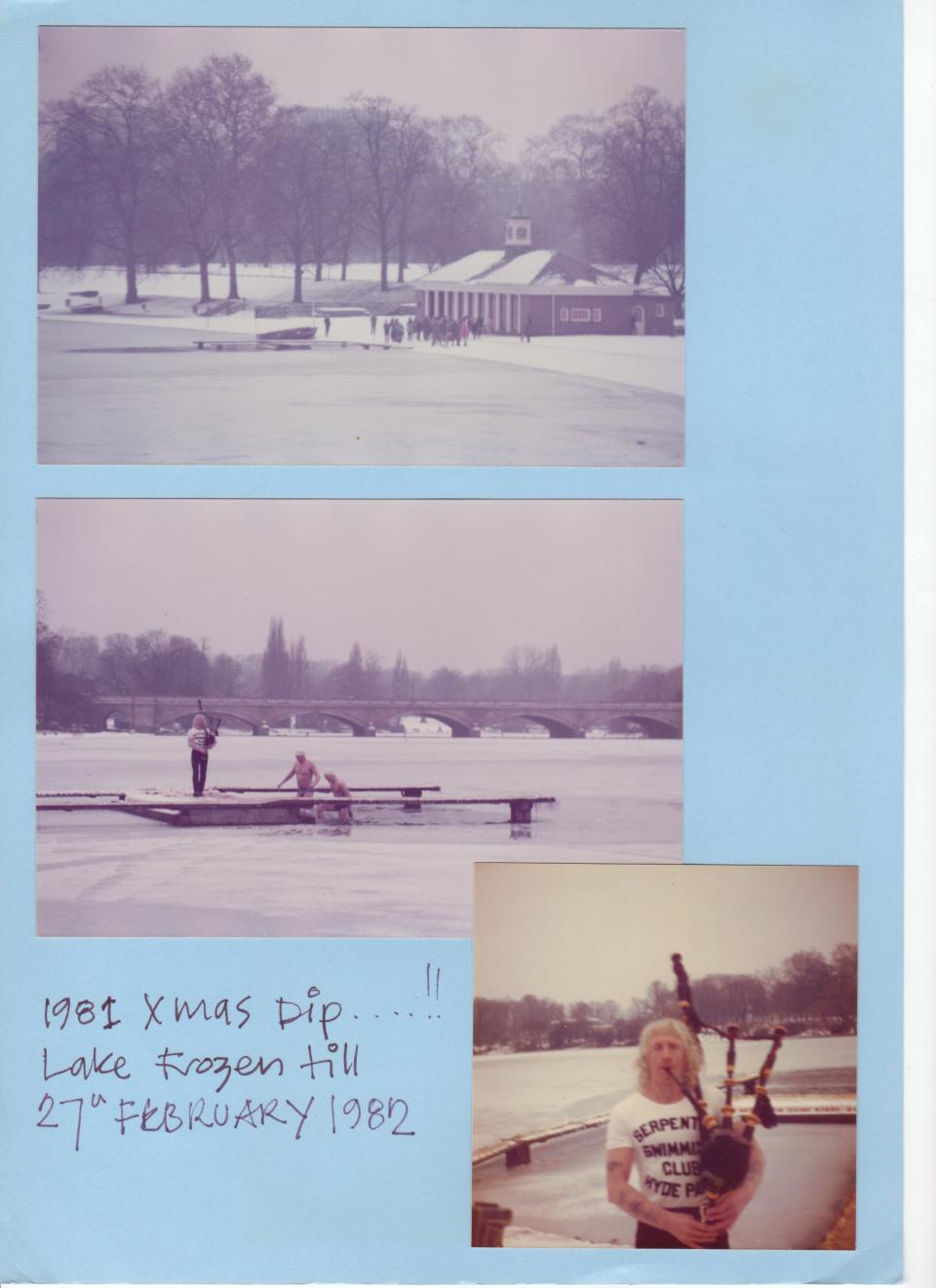 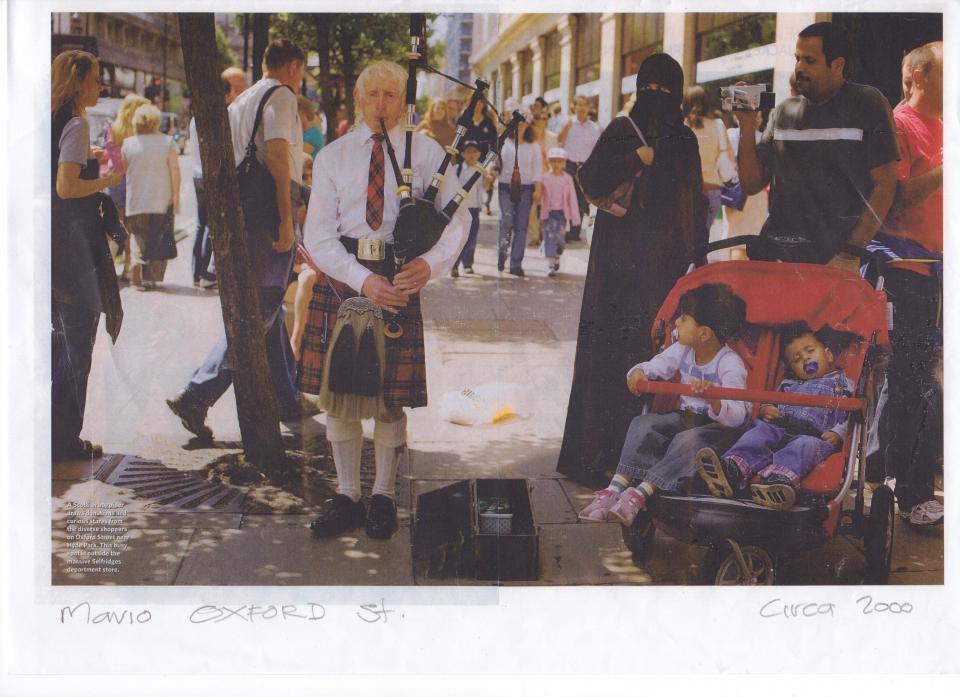 Our race on 19 September would have been over 440 yards in memory of Mario McClarnon.  A true club character if ever there was.  It was Mario that piped the swimmers out of the changing room on the 100th Christmas Day race in 1963.  Unfortunately ice meant the race was postponed at virtually the last minute, so he and colleagues took a dip anyway.  The 100th race was held in early January.  Mario continued to pipe us onto the board on Christmas morning for many decades after.

There are many, many stories concerning Mario:  all incredible, all true and too many to record here.  Mario was a barefoot runner and completed a number of London marathons carrying his pipes, barefoot and bare-chested, stopping periodically along the way to play a reel to the crowds and raise money for charity.  Famously, when he was not at work in the signal box at Clapham Junction, Mario would regularly busk with his bagpipes outside Selfridges in Oxford Street.  All money collected went to charity.

A true gent and great friend to all that had the honour to swim in his company.