Chris is a winner 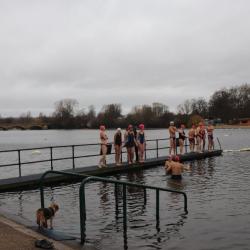 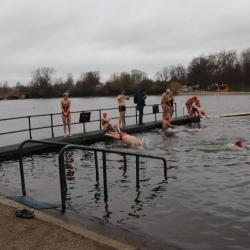 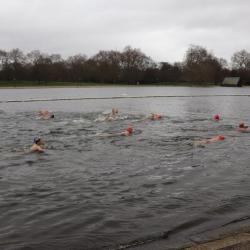 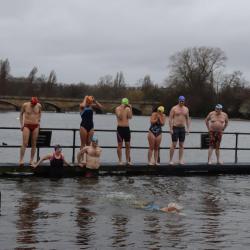 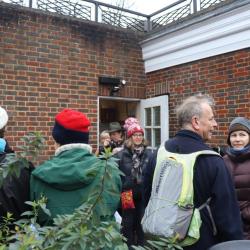 In Mary Gilbert’s words, Mary being the generous sponsor of this race:

Do we not agree,

That Wendy doth allay all fears!

With Peter fighting off the pirates ,

The future of the club

Now everything will be alright!

For Peter can be bold and brave

And Wendy with a flourish and a waive,

Of her manly hand

Can write a splendid call to arms

Of all her merry band

Chris now bears the heavy responsibility of watching over all members of the club until next year’s Wendy Cup winner takes the power fairy burden over. Welldone, Chris!

As for Emmi, the living legend behind the cup, she is a long standing and very popular club member who, in the past, has been first in the Peter Pan Christmas Day race twice although has only won the cup once. On the first occasion in 2004, women were not eligible to win the cup and it was awarded to the first male swimmer. Emmi persevered and won the race and the cup in 2012. In 2019, the Telegraph Cup was renamed the Emmi Hunte Cup in her honour.