A couple of Sundays ago, the indefatigable Rod Newing cycled 100 miles between London and Surrey and back again in over six hours; and last weekend Rod swam from Henley to Marlow in over five hours. Perhaps Rod will let us know how he does it, where he gets the energy and drive from and whether he has a marathon run planned for this Sunday to complete his three weeks of an enduro triathlon? Regardless, Rod is clearly the fittest multisport athlete of any of the elder statesmen and stateswomen over 60 age bracket at Serps, and many under the 60 year mark. Chapeau Rod.

Rod takes up the pen here to write about the Bridge to Bridge swim. "Whilst our butterfly heroes and heroine made history last Sunday, a small group of members took on the Henley Bridge-to-Bridge. This is described as a ‘14km (8.2 mile) endurance swim for swimmers who would like a long distance challenge’.

It is down the river Thames, from Henley to Marlow bridges. Club members have participated for the last few years, with Bee Heller and Emily Chong completing last year in conditions so hostile the decision to start the race was only taken at the last possible moment.

It isn’t a continuous swim, but a series of five point-to-point swims, with participants leaving the water to walk round three locks and to access a feeding station. Swimmers can either swim in a seeded ‘pod’ with a pacer or on their own with a tow float. There were very few non-wetsuit places available, which were all allocated early.

Conditions were bright and sunny, but the consensus was that there wasn’t much current to assist. The course is amazingly narrow and wild in places, making for some beautiful swimming.

Occasional Serpentine member Mike Latham led the charge, with a non-wetsuit 4:28, followed by Emily Chong and Geraldine Treacher in wetsuited 4:36. The ladies were closely followed by mermaid Alice Gartland, in her trademark bikini, in 4:37. Severely under-trained vicar Graham Buckle came in at 4:46. Rod Newing finished in 5:11, surprising himself, but giving all the credit to the brilliant and patient coaching from club president Norman Jones.

However, the club hero with the bravest swim of all was Fiona Bettles, swimming with her friend Patricia Legg. She was especially close to her mother, who died recently. As she said, 'swimming hasn't been very important lately', so she hadn't done much training. Without wetsuits, they set off to get as far as possible, but ended up finishing in a highly creditable 6:25. Clearly influenced by John Tierney, Fiona reported that “we were last in the race, but finished first in our own category.”

Fiona normally lives and breathes open water swimming and only gave up on her wetsuit 18 months ago. Last year she celebrated her 60th birthday by swimming in 60 places in UK that she hadn't swum in before (she actually did 70), lasted 4 hrs in Dover harbour and swam the Dart 10k without a wetsuit. Wonderful long suffering husband Joe walked the course alongside her.

Club member Simon Griffiths acted as pacemaker for one of the pods. He has written it up in H2Open, the excellent swimming magazine that he founded.

US marathon swimmer Karen Zemlin was third overall, first non-wetsuit overall and first woman. Rod was the observer on her recent Channel attempt, where she swam herself to a standstill about a mile short of France. We all hope that this result gave her a confidence boost. Amazingly, only two swimmers failed to finish the swim.
The event provides a fantastic challenge for those who are not destined for a Channel solo (Fiona): can’t cope with long periods of cold water immersion (Rod); a useful build-up for a future Channel solo (Alice); or just love swimming (Graham, Emily and Geraldine). 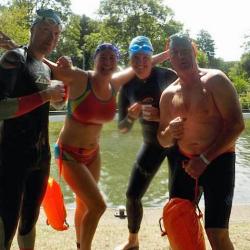 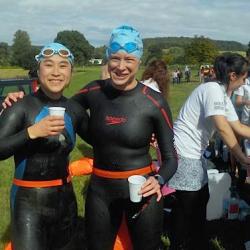 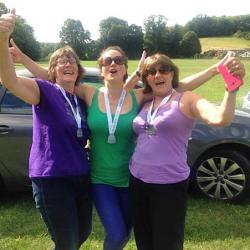 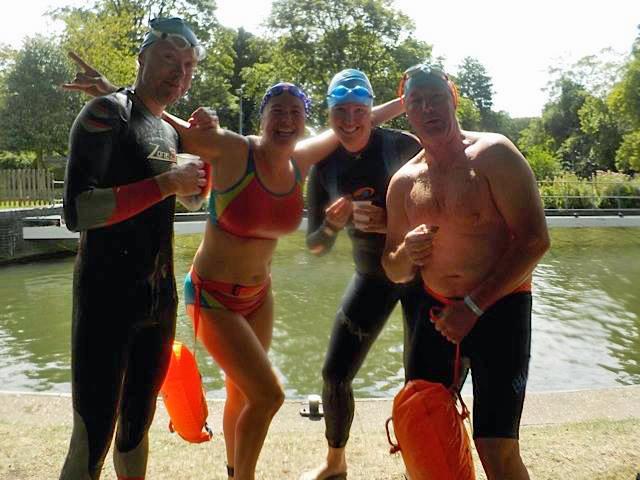 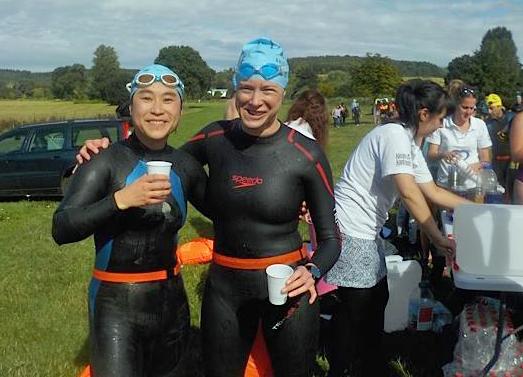 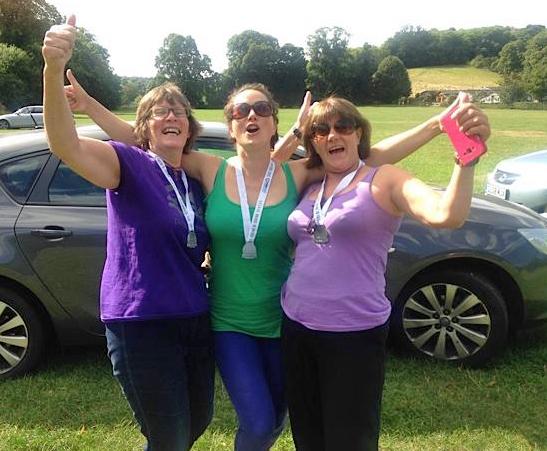